my journey to a rejuvenated self 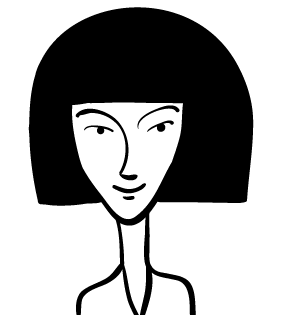 When you look in the mirror each day, do you like what you see? Do you tug at the skin on your face to pull the wrinkles away? If you don't like the aged appearance of your face, now is probably a good time to begin thinking about having one or two cosmetic procedures performed. I had struggled with my self-esteem for a few years before I broke down and had a few procedures done on my face. To learn more about my journey to a rejuvenated self, visit my website. There, you will learn about each procedure that I had performed and what the recovery time was like.

You may already know that some of today's most popular erectile dysfunction drugs were originally developed to treat heart disease. With many modern medications and treatments advertised with a laundry list of potential side effects, it should be no surprise that some of these unintended side effects can be positive. In fact, some drugs and procedures designed to treat everything from binge eating to diabetes were also discovered to help prevent breast cancer or malnutrition. Read on to learn more about two specific medical procedures that do double duty.

This surgery was developed as an alternative to gastric bypass or lap band surgery to treat morbid obesity. Duodenal switch surgery differs from these operations in that a portion of the small intestine is looped around to create a "bypass loop" rather than simply rerouted to the colon. This helps improve absorption of food (which can be a problem for gastric bypass patients, who are instructed to take a heavy-duty multivitamin to avoid malnutrition). By removing a large portion of the stomach and rerouting the small intestine to pass food through more quickly, patients were able to lose a substantial amount of weight in a relatively short period of time.

It was then discovered that many duodenal switch surgery patients who also suffered from Type 2 diabetes were able to reduce their insulin intake or even stop taking insulin entirely. The combination of weight loss due to decreased caloric intake and improved absorption of solids lowered blood sugar levels and helped the pancreas begin to produce the proper levels of insulin. As a result, this surgery is often recommended to patients who are seeking weight loss and hoping to manage their diabetes.

One of the most commonly prescribed drugs to help manage diabetes is metformin, which helps reduce fluctuations in blood sugar levels without the regular use of insulin. This can help newly-diagnosed diabetic patients manage their illness and sometimes even reverse the effects without resorting to insulin dependence.

Scientists have also made connections between metformin use and the reduction of risk for a variety of cancers, particularly breast cancer. Regular metformin users were found to have a 17 percent lower risk of breast cancer than the general population. It's unclear exactly what about metformin lowers cancer risk, but one theory behind the production of cancer cells involves excess blood sugars. Another positive side effect of metformin is weight loss, making this a drug with an unusually all-around positive disclaimer.